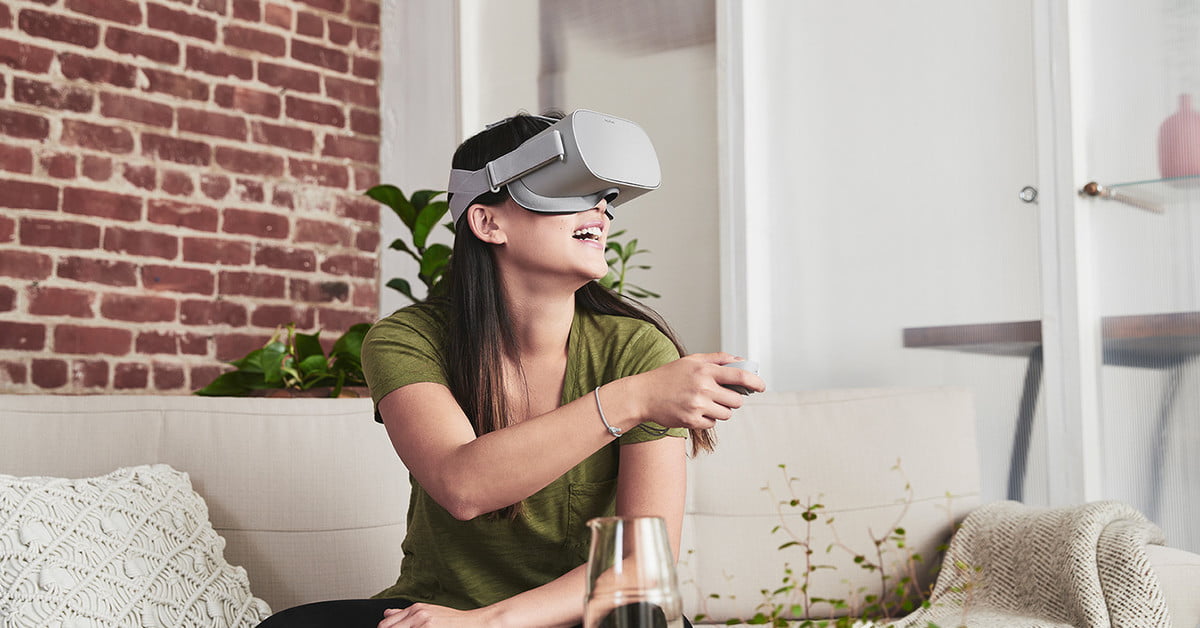 The Oculus Go and Santa Cruz virtual reality headsets will include 72Hz modes according to Oculus VR’s headline session at the Game Developers Conference in San Francisco. That is a boost from the 60Hz refresh rate seen with the smartphone-based Samsung Gear VR, providing a more fluid mobile VR experience. That is still below the vomit-preventing 90Hz seen with the PC-tethered Oculus Rift, but understandable given the mobile, battery-based nature of the Go and Santa Cruz.

According to Oculus VR, 72Hz will be an optional mode on the Oculus Go likely because the higher refresh rate will require more processing power, what Oculus calls “prohibitively expensive,” draining the battery at a faster rate. But for the Santa Cruz model, 72Hz may be the default refresh rate due to the headset’s use of hand-tracked controllers. Although we don’t have the official Santa Cruz specifications, the headset will likely have a larger battery to support a premium mobile experience.

“Typically, high frame rates for VR devices are associated with lowering latency, particularly when it comes to positional tracking,” the company states. “Oculus Go is not a positionally tracked device, and though lower head-tracking latency is comfortable, it is not the primary reason to run at 72Hz. Rather, the purpose of this mode is to improve the visual quality of the display.”

With the display cranked up to 72Hz, it will be brighter without causing “perceptible flicker.” Colors will pop and appear warmer, providing a richer experience. For apps that support Dynamic Throttling and Fixed Coveated Rendering, they can simply toggle on the 72Hz mode and run at the higher rate. Other apps may need “significant optimizations” to take advantage of 72Hz.

On a whole, the company’s strategy consists of three VR headsets: The Oculus Go to serve as a low-tier solution, the Santa Cruz model as the mid-tier headset, and the current Oculus Rift as the high-end device. The Oculus Go, slated to arrive in the coming weeks for $199, will only support three degrees of freedom while the upcoming tether-free Santa Cruz model will support six degrees of freedom.

“We’ve put a lot of effort into making Oculus Go the best stand-alone VR device available. With the addition of features like Fixed Foveated Rendering, Dynamic Throttling, and 72 Hz Mode, we expect many hurdles to developing great VR software are significantly lowered on this device,” the company adds.

As for the Santa Cruz model, developers began receiving kits towards the end of February. When the mid-level headset will hit store shelves is unknown for now although the retail model will likely arrive in the 2018 holiday season.