This is ‘Bad News’: Game teaches players to create fake news for research 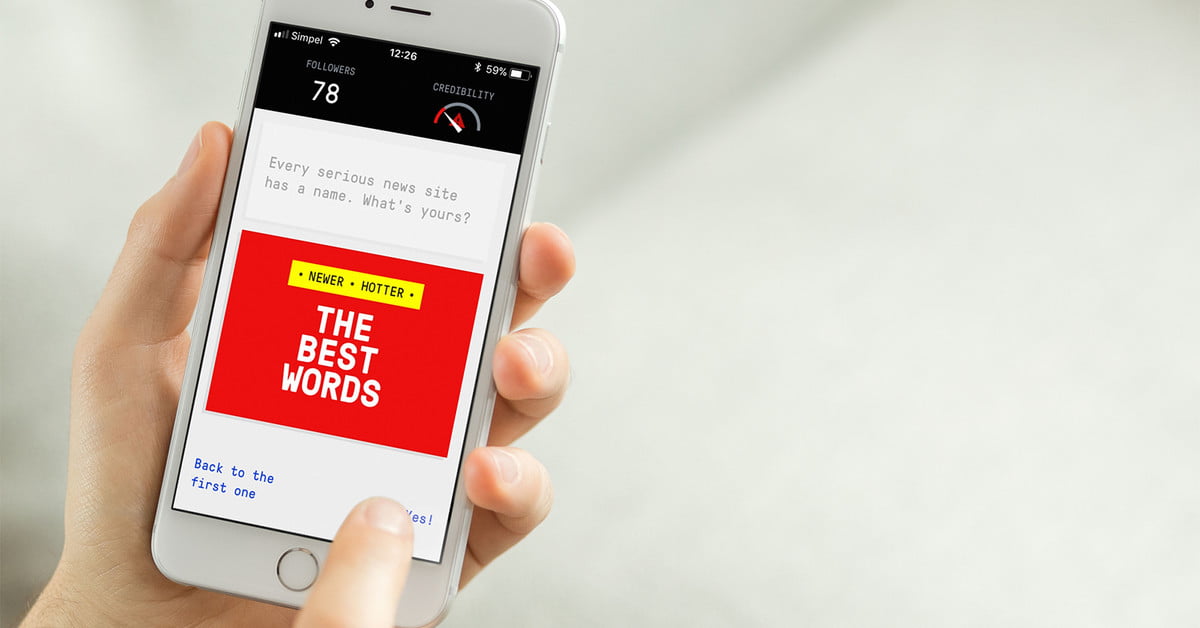 How do you learn to spot fake news? Create your own. That is the idea behind Bad News, an online game developed by researchers at the University of Cambridge and the Dutch media group Drog. By challenging users to gain fake followers inside the game through six different tactics, the game’s designers are hoping players will be better prepared to spot fake news on the web.

The online game helps users build a pretend fake news profile while growing a pretend follower account and monitoring a credibility meter. The game walks users through the process of creating a fake news empire, from the first tweets to creating a “news” blog. Bad News awards users with six different badges, each in tactics that fake news outlets commonly use to disseminate false information, including impersonation, emotional exploitation, and polarization.

For example, in one of the game’s first tasks, the player is asked to impersonate an authority figure. After choosing the tweet, the game points out how most readers skimmed right over the misspelling in “Donald J Turnp.”

As players earn their badges, they also learn to identify the different tactics used to dispel fake news, in hopes of being better prepared to spot the fakes outside the game. Sander Van der Linden, the director at the Cambridge Social Decision-Making Lab, told The Guardian that the game’s goal is to build resistance by seeing and using the same tactics. “We want the public to learn what these people are doing by walking in their shoes,” he said.

Along with illuminating fake news tactics, the game also shares the different ways fake news can be spread from memes and tweets to articles, along with exploring downright fake news along with sensationalized topics. As the game points out, fake news isn’t one-sided: At one point in the game, Bad News points out that both right-wing and left-wing angles can be over exaggerated. The game even allows players to use Twitter bots to make a fake news post look like it has received a lot of attention.

But Bad News isn’t all fun and games — data from the game will also be used to assist researchers. The game also has questionnaires built in that serves as a test on how well players are able to spot fake news. The data is slated for publication in the Journal of Risk Research.

The game is played entirely online — players just need a web browser and a feigned lack of conscience before navigating to getbadnews.com.