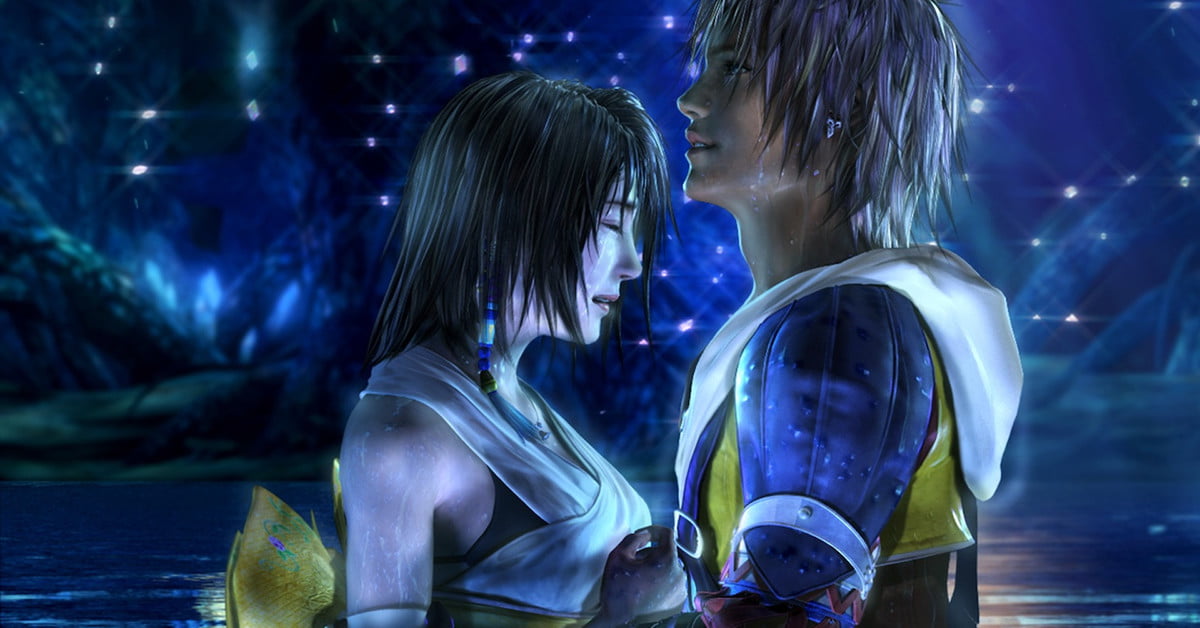 Romance is an essential theme of all artistic expression, even video games. Portraying love and the process of falling in love has never been easy in an interactive medium, though. Even now, many games fall back on superficial tropes and nods towards love, rather than trying to show it in motion. From time to time, though, developers have found ways to offer layered, heartfelt stories of romance. If you want to play a game and see love bloom this Valentine’s Day, we have a few suggestions.

As a series, Final Fantasy is known for its borderline nonsensical plots, zany characters, and “save the world” storylines. Nearly every one of the series’ discrete tales includes a love story. Out of the 13 non-MMO entries, though, Final Fantasy X is the only one that feels organic. Star-crossed lovers Tidus and Yuna’s relationship stands at the center of a much larger tale. More importantly, FFX tells an actual love story, We get to see Yuna, a grand summoner, and Tidus, her guardian, meet and fall in love, rather than simply declare their romantic intent for each other.

If you need further proof of Tidus and Yuna’s great love, look no further than that laughing scene. While it’s often mocked as awkward, over-the-top, and unusually long, it serves an important purpose, showcasing Tidus and Yuna’s intrinsic connection. Silly, perhaps superfluous, sequences like this show us how and why Tidus and Yuna feel the way they do and, as a result, we feel it with them.

BioWare’s Mass Effect series (sans Andromeda) builds exceptional characters through quality writing and, more importantly, player choice. The many conversations you have as Commander Shepard not only affect the course of the story, but your relationships with other characters throughout the series. The clever system allows for courting successes, failures, and those ambiguous moments when you don’t know where the relationship stands.

Over the course of the series, Shepard romantic options expanded, and became more integral to the Mass Effect experience. While the original Mass Effect only gives players two options for both male and female Shepard, Mass Effect 2 expands to six potential romantic partners each, and Mass Effect 3 gave male Shepard nine and female Shepard seven (unfair, we know). The relationships you choose to pursue evolve organically throughout each game. From a player agency perspective, the Mass Effect series is a master at employing romance. Who do you want standing beside you when you save galaxy?

Stardew Valley, the product of one man’s quest to make a Harvest Moon-style game, offers one of the more realistic depictions of courting romantic partners in games. Your character escaped the hustle and bustle of city life for a quiet idyllic life on the farm, but tending to your crops can get lonely. Luckily, six bachelors and bachelorettes are looking for love, and you might just be their perfect match.

Your character is looking for love, so things don’t move too quickly. You have to establish a budding friendship before someone becomes your partner. You do this by talking to them, running errands, giving gifts, and asking them to be your dance partner at festivals. Finally, when you achieve the perfect relationship (10 out of 10 hearts!) you can purchase the Mermaid’s Pendant and ask them to marry you.

The most interesting part about romance in Stardew Valley is that no relationship status is inevitable or permanent. Your romantic interest can reject you, your marriage can dissolve if you don’t give your spouse enough attention, leaving at square one. That’s probably not what you want to hear on Valentine’s Day, but Stardew Valley offers a positive, deep take on relationships that could actually make you think about the successes and failures of your own romantic endeavors.

Simply put, indie game To the Moon tells one of the most moving love stories in a video game. Johnny Wyles wants to go to the moon before he dies, and Sigmund Corp. has the technology to place the memory of doing so in his mind. Instead, Johnny’s real memories tell a love story for the ages. His childhood sweetheart, River, died a few years earlier after what was seen as an unhappy marriage. As the game hops in and out of space and time, though, working backwards through Johnny’s life with River, we get a much clearer understanding of Johnny’s odd desire to reach the moon. The love shared between Johnny and River is a sterling example of video game romance done right. You might want to have a box of tissues on hand.

Dragon Age: Inquisition treats romance like both Tinder and eHarmony. That is, you can have one-night stands and develop serious relationships. Heck, you can have a discreet interaction while off on a quest and return home to the one you’ve been courting. That’s wrong, of course, but Inquisition looks at all facets of the dating game.

Inquisition‘s dating element is effectively a fantasy counterpart to the dating from Mass Effect. (They are both Bioware games, after all). With dialogue trees aplenty, the words that you choose have consequences — they can lead to lasting bonds or sad, sad rejections. You can flirt with NPCs who aren’t looking for anything serious, or you can work your charm and turn friendships into something more. If you want the most options — and who doesn’t? — play as an elven female. Elven females have six potential suitors, human females have five, and all others only have four opportunities for serious love.