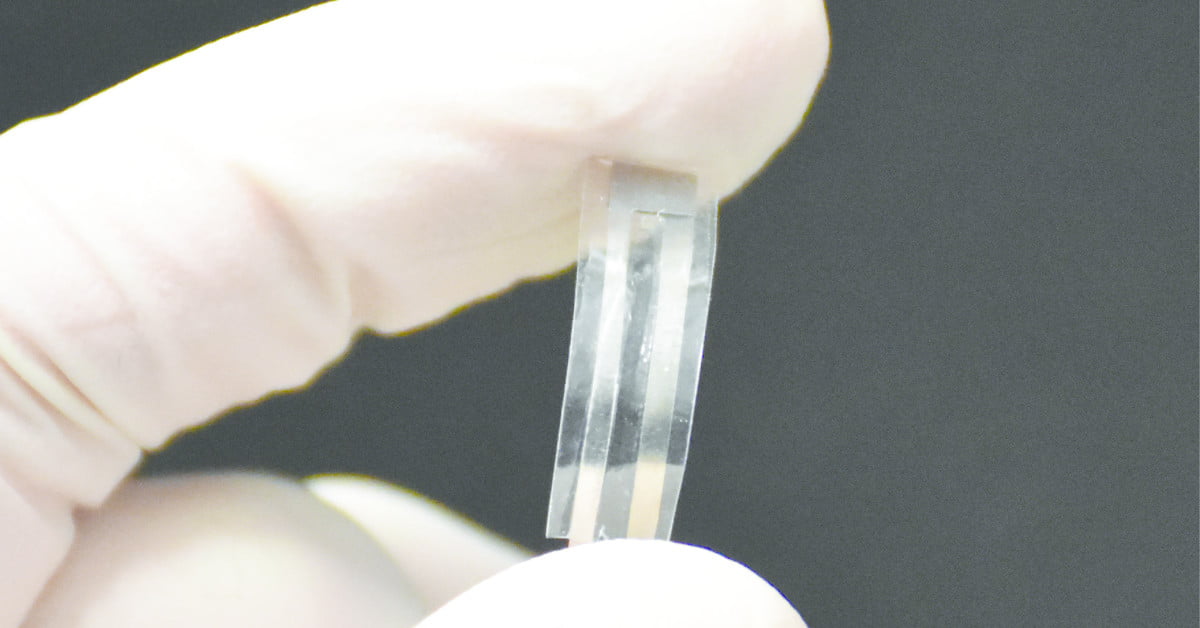 A biodegradable pressure sensor that has been developed by engineers at the University of Connecticut can make certain medical procedures much less invasive.

The small, flexible device is designed to monitor the forces at work within a patient’s body, including those related to chronic lung disease and brain swelling, before dissolving completely. The degradable quality means surgeons won’t have to dig back into the body to retrieve the sensor once its job is done.

“A lot of current devices used to monitor internal pressures are bulky and invasive,” Thanh Duc Nguyen, a UConn engineer who worked on the project, told Digital Trends. “They need to be removed after the implantation and such removal can damage the organs and delicate tissue.”

The sensor developed by Nguyen and his team is composed of an electrical film squeezed between two electrodes. This is then coated with a biodegradable material called polylactic acid, often used in medicine for things like bone screws.

“We wanted to make something that could be implanted and monitor the organ pressure and then just disappear without having to be removed,” Nguyen said. “To do that you can implant a soft and degradable sensor so that it could directly interface with soft tissue and then you have a wireless electronic implanted in a [place]far away from such delicate tissues.”

“You won’t have to remove these sensors that interface with the soft tissue so you don’t damage these delicate tissues,” Nguyen said. “And you only need a minimally invasive surgery to remove the electronic circuits based far away from the tissue you want to monitor.”

In a paper published in the journal Proceedings of the National Academy of Sciences, Nguyen and his team demonstrated the device at work transmitting information about the contractions of a mouse’s diaphragm over the course of four days, before dissolving.

Moving forward, Nguyen and his team hope to develop circuitry that can itself degrade within the body.