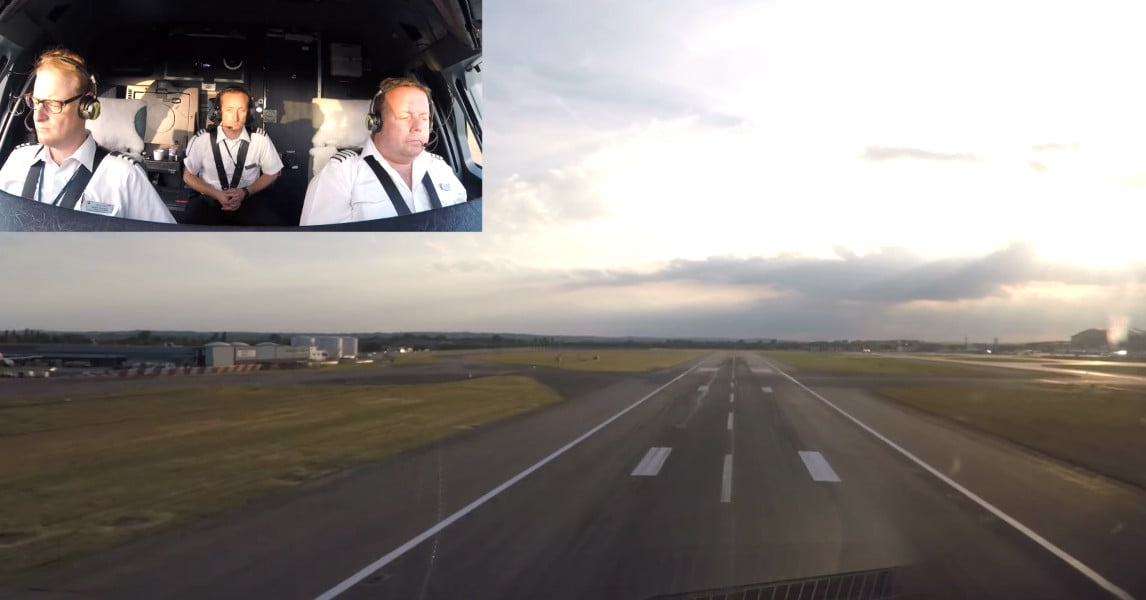 A new year hopefully promises new adventures, some of which could involve taking a flight to a faraway place.

That’s all well and good if you don’t mind flying, but for nervous plane passengers, booking a ticket could mark the beginning of a steady increase in anxiety levels as the big day approaches.

While some particularly nervous fliers may be convinced they only have a 50-percent chance of making it to their destination on any given flight, the truth is that flying is an extremely safe way of getting around thanks not only to advances in technology, but also the highly trained pilots pressing knobs and pulling levers to ensure the aircraft’s safe passage.

Hoping to calm the nerves of anxious travelers, British Airways pilot Dave Wallsworth recently posted a video on YouTube showing him taking the world’s largest passenger plane, the Airbus A380, into the air.

It’s true that YouTube offers a ton of take-off videos shot from airplane cockpits, but Captain Wallsworth’s offers informative explanations about exactly what’s going on as he taxis toward the runway, as well as what’s happening shortly after the plane gets off the ground.

Accompanied in the cockpit by Senior First Officers Jeremy Goodson and Phil Gillespie (an extra pilot is on board so they can each have breaks during the long flight), Wallsworth and his team are reassuringly calm as they make all the necessary checks before whizzing down the runway at London Heathrow, one of the world’s busiest airports.

Wallsworth told the Independent that he never gets nervous before a flight. “According to the heart-rate monitor on my watch, my pulse during take-off is lower than it is when driving to work on the [freeway],” he said, adding that one of his main reasons for making the video is “to show how relaxed our working environment is. I hope that our more nervous passengers will see we are totally at ease when flying.”

The flight took place in July, 2017, and was posted on YouTube on Saturday, December 30. A similar video, showing the same flight landing in Johannesburg, South Africa, hit YouTube a few weeks ago, and also takes viewers through the various steps the pilots take to bring the aircraft safely in.