Want a lightsaber? Just roll up a piece of paper and InstaSaber will do the rest 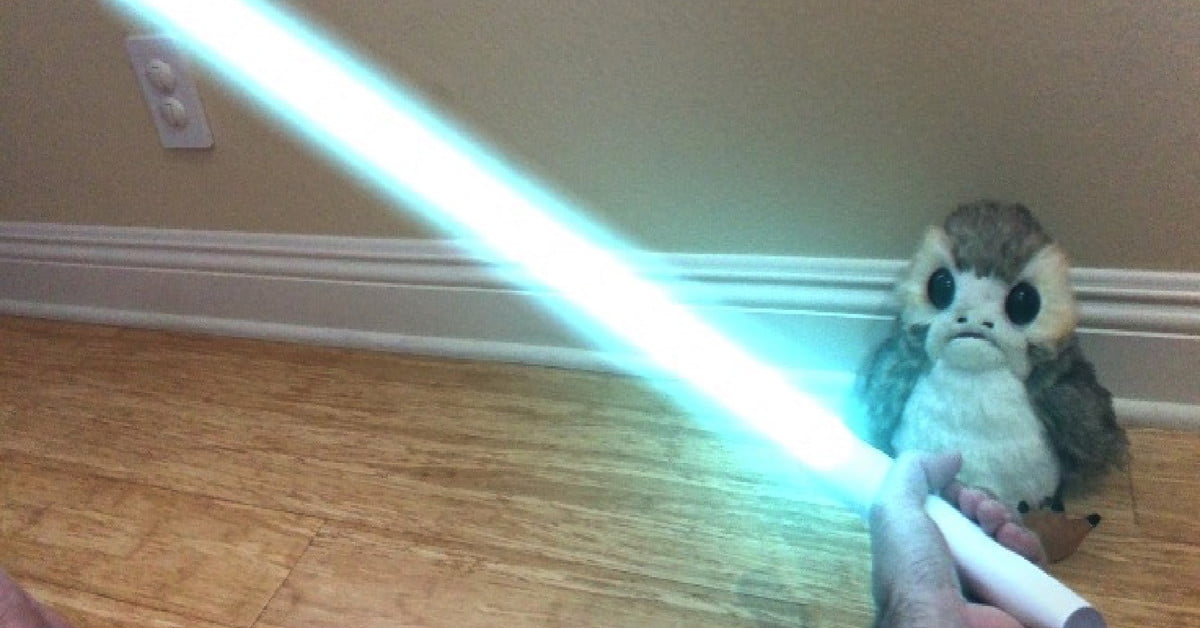 Who didn’t, as a kid, wave around a folded sheet of paper and pretend they were brandishing their very own lightsaber? Well, to quote a famous Apple slogan, “there’s an app for that” — or, at least, there will be very soon. Created by developer Hart Woolery, the InstaSaber is an augmented reality app, set to arrive in the iOS app store soon, which lets you fire up your very own George Lucas-style laser sword from the comfort of your smartphone.

“It’s an iPhone app that turns a rolled up piece of paper into a virtual lightsaber,” Woolery told Digital Trends. “I think the best thing about it is that it brings a special effect that has typically been reserved for advanced video editors to a mass audience.”

Woolery describes himself as a big Star Wars fan, which isn’t totally surprising given that he’s just created an app inspired by the movies. However, he’s not just any old Star Wars geek, but one who — as the founder and CEO of computer vision company 2020CV — happens to have secured prior investment from Mark Cuban. In other words, he knows what he’s doing!

Despite Apple’s recent pushing of its ARKit augmented reality platform, Woolery says that the Instasaber app was created using the deep learning CoreML and Metal libraries. As seen in the preview, the app is somewhat bare bones at the moment, with the main hook being the fact that you get to wave around your folded sheet of paper in the real world, and then record fully rendered video, complete with appropriate sound effects. Going forward, though, Woolery says the plan is to add “lots more cool features” in the future. Whether that means using the saber to interact with other virtual objects remains to be seen, but we’re totally excited to see where this all goes.

There’s no definite release date scheduled, but expect this to land in the App Store in the near future. On the website, you can sign up to be notified when it finally arrives. Woolery says he plans to make it available for free, with in-app purchases allowing users to change their lightsaber color or extend the recording length of clips.