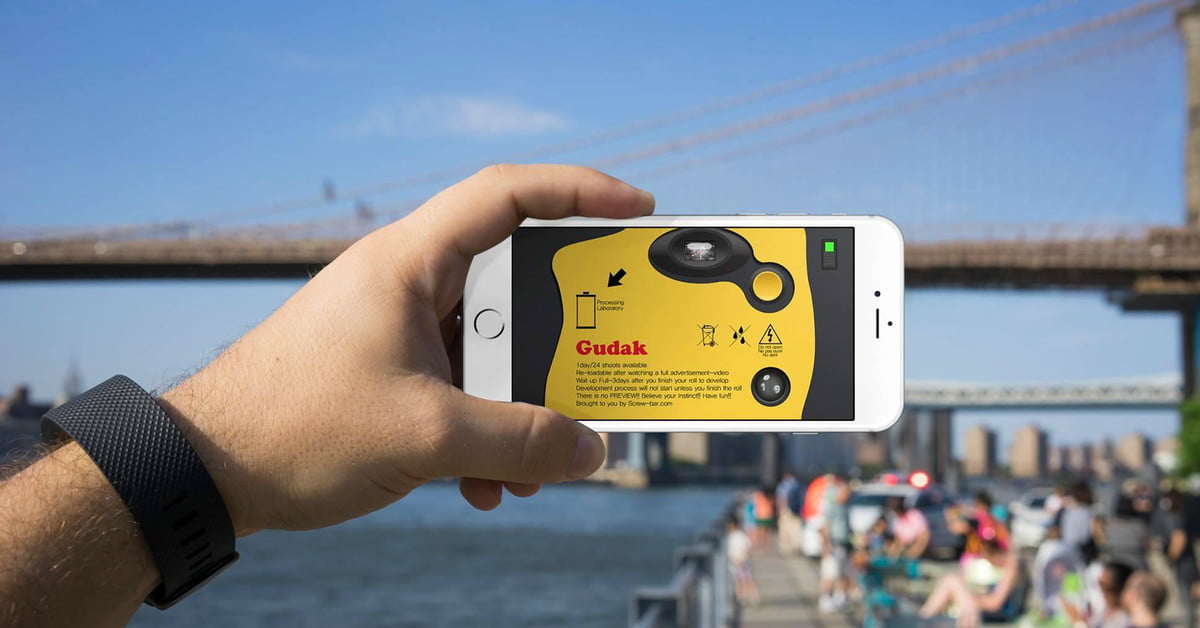 Thanks to the convenience of smartphones, snapping photos has become second nature. Anyone can grab a phone and take as many pics as they want. Even more convenient is the fact that you can instantly see what the photos look like. If you took a bad one, you just delete it and move on. However, as strange as it might sound, there’s an increasingly popular app that mimics the use of old film cameras by making you wait three days to “develop” your photos.

The 99-cent app is called Gudak Cam and has become very popular in South Korea and Japan, especially among high school girls. The app came out earlier this year, and is meant to simulate the look and feel of using a Kodak disposable camera (remember those?). The app requires you to fill up a “roll of film,” which contains 24 shots. Once you’ve finished with that roll, you can have it developed in a process that takes three days, at the end of which you can view the photos on your phone.

With Gudak Cam, you will also have to wait several hours before you can add a new roll of film to your virtual camera.

All of this may sound incredibly inconvenient and, to a large extent, it is. However, the appeal of Gudak Cam lies in the fact that it forces users to slow down and really think about each shot. Rather than snapping half a dozen pictures and only keeping one, the idea is that users will slow take a handful of really good pictures that are worth keeping.

Beyond that, the app’s aesthetics do a lot to help explain its appeal. Once the app is active, an image reminiscent of Kodak disposables fills the screen, giving you the feeling that you’re truly holding one of these ancient devices. Even the method to shoot photos is changed — you have to use the app’s small viewfinder. All of this combines to create an experience that is quite different from using the standard camera app on a smartphone.

Whether Gudak is just a passing fad or the start of something bigger remains to be seen. However, it already has more than 1.3 million users, so it seems to be doing something right.

That being said, if you want something more modern than check out our list of best cameras of 2017 or the best camera phones if you prefer something smaller.