For those long trips, Amazon FreeTime lets you watch videos without Wi-Fi 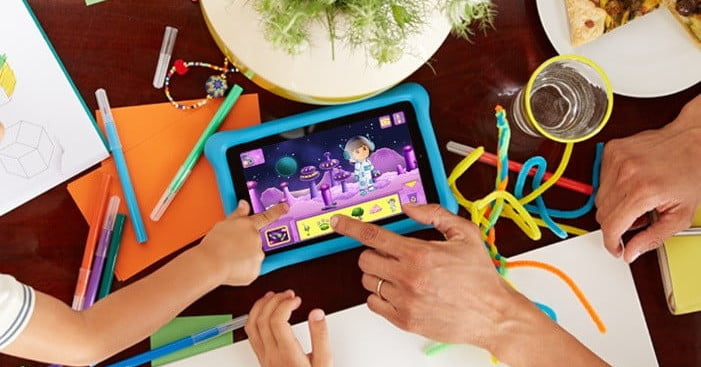 Planning on keeping your child busy with a Fire tablet during those long trips for the holidays? It’s about to get much easier with Amazon FreeTime’s latest feature — Offline Mode. Families will now be able to download and watch FreeTime Unlimited videos even when you’re disconnected from Wi-Fi.

With Amazon Freetime, parents can set up a Kindle Fire profile specifically for their kids based on age and gender. They can also create time limits in order to keep from spending too much time on the devices.

The feature also allows parents to choose appropriate content for their children, which then appears in FreeTime for them to watch. You won’t have to worry about your kids racking up the bill either since any unapproved purchases or in-app payments are blocked through the subscription service.

A short time after Amazon released FreeTime, it introduced FreeTime Unlimited which expanded the amount of content. From Nickelodeon and PBS to Disney and DC Comics, the company added a range of media for kids to watch.

Using Offline Mode, kids will now be able to download and watch video content without an internet connection. The process is similar to the way you already download a book, game, or app to the tablet — by holding down the video title. To remove a downloaded video, another long-press of the title will get rid of it after you’re done.

Whenever you’re disconnected from Wi-Fi or if you’re in Airplane Mode, your device will automatically be in Offline Mode. You will be notified with a banner on the display that reads “Your Device is Offline” and only the downloaded content will appear in FreeTime. The full FreeTime Unlimited catalog will then return once you’re connected to Wi-Fi again.

Amazon is also adding a variety of new videos, books, apps, and games to FreeTime Unlimited. The list ranges from books such as The Hobbit and The Little Prince, to games like Angry Birds Space and Sonic Dash 2 and kids will now have even more options to choose from to keep them entertained for hours.

Offline Mode will be available to users via a free over-the-air software update which is rolling out this week. It will be delivered to both Fire tablets and Fire Kids Edition tablets.