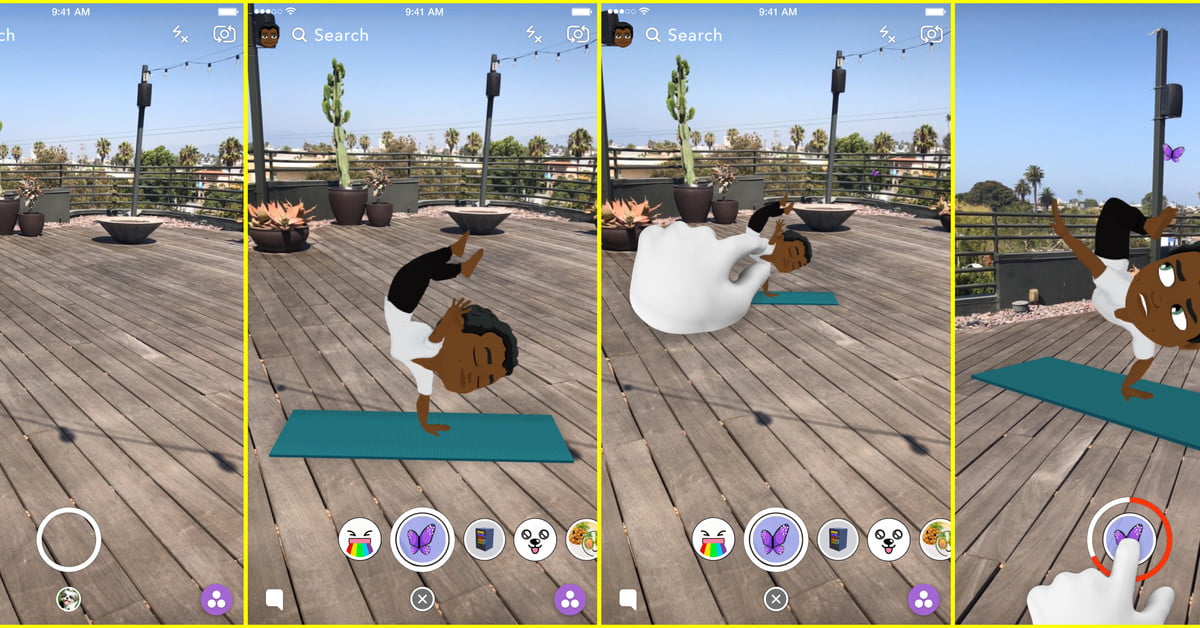 Want your Bitmoji to live in an animated world? Snapchat wants to help you.

First launched nearly two years ago, Snapchat Lenses allow users to create digital representations of themselves and have them interact with the world around them. Whether you want to become an animal, a TV show character, or drag rainbow clouds across the sky, the world is your oyster thanks to this popular feature. And now, Snapchat is including Bitmoji in the fun.

If you’re not familiar, Bitmoji allows you to turn yourself into an emoji (because when you have giant cheeks and bug eyes, suddenly, everything becomes better). Thus far, unfortunately, Bitmoji has existed largely in a 2D space. Thanks to Snapchat, for the first time, users can add another dimension to their avatars. “Bitmoji World Lenses put a playful and quirky spin on life’s everyday moments by depicting them as humorous dramatizations — either gone swimmingly or sideways — like a mini-play in the Lens carousel that’s as fun to play with as it is to send to friends,” Snapchat noted in a release.

So how do you take advantage of your 3D Bitmoji creations in Snapchat? Simply tap your rear-facing Snapchat camera screen in order to access the new Lenses in the Lens carousel. Then, point your Snap camera at any surface, place your Bitmoji, and get to animating the world around you. Of course, you can scale, move, or walk around any 3D experience you create. The 3D Bitmojis can be found in the Lens carousel next to face and World Lenses, and when you’re done animating for the moment, you can send your masterpiece to your Snapchat friends or post it to your Story.

This is by no means the first time that Snapchat has introduced a Bitmoji integration. Snapchat notes, “Our community creates and often use them daily as a personal extension of themselves in the digital world.” The newest feature will be made available today to Snapchat users around the world (though naturally, to take advantage, you will have to have a Bitmoji created and have your app linked to Snapchat).