The ZTE Blade V8 Pro has proven itself to be a great budget option for smartphone buyers in developing countries the world over. The company is now planning on making the deal a lot sweeter, thanks to the launch of its new ZTE Blade V8 which will be available for purchase at a low-price tag of $215. 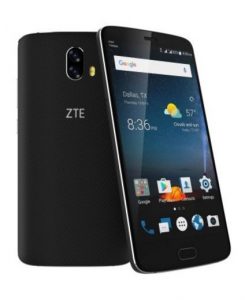 According to a report by GSMArena, the phone will be available in dark grey and silver colour options. The phone that was launched in China reveals a 4GB RAM, 64GB internal memory and dual camera sensors at the back of the phone. Curiously, the specs that were first revealed by the company only had 2GB/16GB and 3GB/32GB configurations. Perhaps the 4GB/64GB configuration is a China exclusive? Let’s hope not, because those are some great specs at that price-point.

It has also been confirmed that the storage space can be expanded with the inclusion of a microSD card slot on the phone, for up to 256GB. The screen is also quite a looker, with a 5.2-inch FHD resolution IPS 2.5D curved glass display. Bringing everything together is the octa-core Snapdragon 435 64-bit processor and the Adreno 505 GPU – an SoC which has now become staple for the more budget-oriented handsets of the year. The phone will come installed with Android Nougat with ZTE’s MiFavor 4.0 UI layered atop it. Everything on the phone runs smoothly, thanks to the 2,730mAh battery that is non-removable, but should provide for enough juice whenever needed.

The optics of the phone feature a 13MP front-shooter while at the rear, is a clubbing of a 13MP and 2MP setup. The front of the phone, which houses a home button as well, will feature a fingerprint scanner for extra security. It’s configured with Bluetooth 4.2, USB Type-C and also is LTE enabled of course, because it is 2017.

At the asking price, all of these features are nothing short of flagship bearing standard, save for the processor. It is impressive how much the company has been able to fit into this device and not compromise on the price aspect. Buyers might feel bad spending just a little over $200 for this wealth of features, but as it goes, this phone is bound to disrupt the budget range segment in the smartphone world. The phone looks premium and smart, so ZTE did take out some time to craft an exceptional device. No doubt, this one’s going to be a hit, with the possibility of it rivalling the upcoming Moto G.