The LG G6 is hands down the best LG phone that we have come across in recent years. Of course, the near bezel-less screen and a unique user-friendly experience, coupled with impressive optics have certainly turned a few heads and it’s set the benchmark for other manufacturers’ flagships. 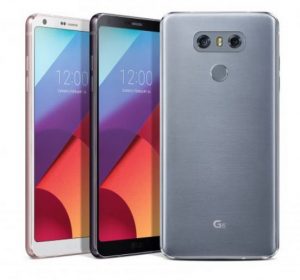 That’s not the only flagship that other companies will have to contend with. There is also that fact that there are already 40,000 pre-orders waiting for the phone, according to 9 to 5 Google. This, happened in only four days of the phone’s announcement. Impressive or not, this number will probably grow well into the 50,000 mark. Some speculate that this high number might only be coming from LG’s home – South Korea, for which the company has not confirmed or denied as of yet. It is understandable that even if that was the case, it only means that the brand is quite popular there as well as the world over.

The huge pre-order figures seem to be exceeding the initial sales predictions. This could be due to fans not being able to wait anymore for the Galaxy S8 pair. There are also tons of deals on offer for the G6 on offer for buyers in LG’s home town such as benefits up to $390 where buyers will get a one year screen replacement warranty, an original case as well as different LG accessories that buyers will get to choose from; some of which, are the TonePlus Bluetooth headset and the Raleigh Keyboard 2. But this offer is only exclusive to those who are pre-ordering the handset at a price of $800.

The company seems to be enjoying its share in the limelight now, since last year, due to an abysmal sales collection from their older devices – the G5 and the V10 specifically, which cost them $1.3 trillion in losses. But that has not stopped the company from supporting its previous flagships all the way down to the G4, where LG has included the G4, G5 and the V10, in their line-up to receive the much-awaited Nougat update. They are all well-established and capable phones so it comes as no surprise why they would not get the update. It’s also good for LG not to give up on the handsets that haven’t particularly been profitable for them. The older devices will probably get a new lease on life thanks to the more fluid, more smooth software that Nougat will bring.

In any event, it seems that LG’s year has started with a bang. We’re not sure whether we can say the same for Samsung.