Google Fibre may not be the talk of the town anymore, but it is possibly coming back in a big way, using wireless 4K transmission, according to a recent FCC filing. 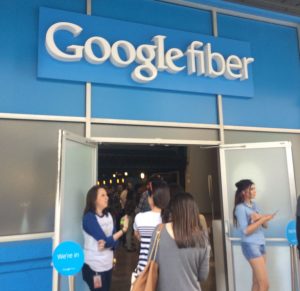 According to a recent FCC filing report, it has been discovered that Google is prepping to make a set top box with 4K streaming available, both wirelessly and through an HDMI cable. The 4K TV transmission service will probably aim at again kick-starting Fiber operations in the cities that it has been installed. The documents under the filings paint somewhat of a picture of what this 4K box will be all about.

According to the filing, the report constitutes an application for Equipment Authorization for a set top box which will contain a 4×4 5GHz 802.11a/n/ac and a Bluetooth 4.1 radio. Since there have not been any parameters set as per the wiring of the cables owing to the wireless functionality of the set-top-box, this is mostly because users will be able to keep the box anywhere in the house.

With this newer iteration of the Fiber TV set-up, it can connect to the Network Box via WiFi. It will support full 4K content, HDR streaming, courtesy of Netflix and YouTube, among other streaming services. Google Fiber by itself, has not had much luck in acquiring a subscriber base, with the numbers falling well below the 1 million mark. The number of poles required to set up Google Fiber in a place like Nashville is 88,000 at the end of 11 months, but as of now, there are just 33. The reason why this is not happening is because other ISPs are not too keen on helping Google make the cut and install the proprietary equipment for transmission.

Google might be looking for a relaunch of its service to provide wireless content as opposed to the traditional method in order to avoid this dispute among other ISPs. There are already a few photos and details regarding the box that the FCC is keeping under the radar. It will only be accessible in August 8, 2017. We might be able to see something about the device pop up at Google’s Annual I/O conference which takes place from May 17 to 19.

We can however, almost be certain that this box will contain similar smart features as the Nexus Player did, and will also come with Google Assistant built-in.