A new leak has confirmed the release date of upcoming Xiaomi smartphone, the Redmi Note 4X. 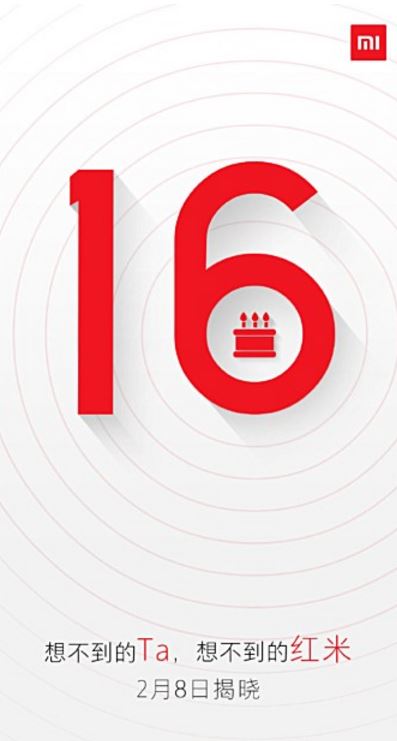 A teaser image posted on Weibo reveals that Xiaomi will be launching the Android device on Valentine’s Day, February 14. An upgraded version of Redmi Note 4, the device has been in the rumor mills since last several weeks.

A good amount of specs as well could be verified, thanks to a TENAA listing in December, last year. The display will be same as Redmi Note 4 at 5.5-inch full-HD (1080×1920 pixels). There will be a deca-core MediaTek Helio X20 chipset with 2GB/3GB/4GB of RAM and 16GB/32GB/64GB of internal storage options. Through microSD card, users can expand the storage to up to 128GB.

On the camera front, you have a 13MP rear camera with dual-tone flash and 5MP front shooter for selfies. To run on Android 6.0 Marshmallow, rumors suggest Xiaomi will arm the phone with a 4,100 mAh battery.

The older Redmi Note 4 had a fingerprint scanner on the back and the processor was of Qualcomm Snapdragon 625. Other specs remained the same in both the devices. It is worth noting that the Redmi Note 4 was the first Xiaomi phone which had a full 2.5D curved glass on the front.

We will have to wait till the launch to find how the new Note 4X stands out from the predecessor. Though the hardware remained same, if Xiaomi could bring the Nougat operating system rather than the Android 6.0.1 Marshmallow, it would still be worth the money.

Besides specs, pictures of the device as well leaked showing the design of the alleged Redmi Note 4X. Images posted by PlayfulDroid showed to device to sport a physical home button on the front that should double as a fingerprint scanner.