With MWC 2017 arriving this month, more devices are being leaked and even spotted on benchmarking sites. The latest to surface on Geekbench is the Huawei P10 Lite. 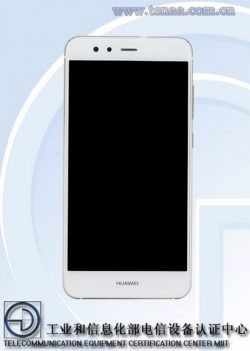 The benchmark listing was created on January 29 with the model name “Huawei WAS-LX1A”. It also gave an indication on the hardware to expect. Starting with the processor, the listing reveals a Kirin 655 chipset. There is a 4GB RAM and apparently it will run on latest Android 7.0 Nougat out of the box.

This is not the first benchmark listing, the P10 Lite had earlier appeared on TENAA with model number “WAS-AL00”. The design appearing similar to the Honor 8, the upcoming device is reported to launch alongside the flagship P10.

Earlier leaks on the P10 Lite revealed a 5.2-inch full HD display with a screen resolution of 1080p, a 12MP rear camera and 8MP front shooter. Weighing 146g, the device will be armed with a 2,900mAh battery.

The P10 Lite and P10 is a follow-up to the successful P9 lineup. The P10, meanwhile, is likely to sport the same 5.2-inch screen, 4GB RAM and 64GB storage. The battery is touted to be of 3,650 mAh. There should be a dual-camera setup too with two 12MP sensors on rear.