The much hyped about next flagship by LG has just been given a release date – the MWC 2017, which is more of a fitting place to unveil the new offering as compared to the CES, which most fans thought LG would make the big announcement. 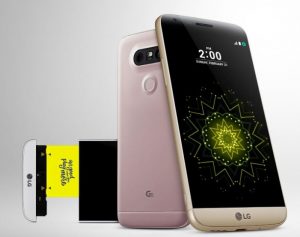 In a report by Ubergizmo, the Korean press had mentioned that a “high-ranking” company official confirmed that the LG G6 will be showcased at the Mobile World Congress 2017. Following the announcement at the event, LG will be setting shop and putting the phone up for sale the very next month, as soon as March 10 (the date may vary or may be exclusive only for the Korean release).

The G6 has been the suspect of many rumours lately. LG has always been on the forefront of releasing its flagship phone ahead of the competition and this time around seems no different. Last year, LG took the road less taken and was one of the first to embrace the modular design aesthetic, enabling multiple separate attachments to be connected to the device depending on the user’s choosing. We even got to see a pretty cool ad starring Jason Statham, so it was a win-win.

This time around, the tech giant decided that modular design is so 2015, and will go ahead with the traditional type of design. As far as materials and other choices go for making the phone go, LG hasn’t leaked a thing. We can hope that the phone will have the reception it’s always had. There have been a number of confirmations however. It will come packed with a 5.7-inch QHD screen with an aspect ratio of 18:9.

The MWC is happening this February 27 and wind up until the 2nd of March. LG won’t be the only maker present at the event. There will be a ton of announcements and releases made during that week so we can expect some big things happening this year. Let’s see what happens. LG has our hopes up!