Moto G5 Plus specs and visuals appears to have leaked out this past week. The upcoming Android device is a successor to last year’s Moto G4 and G4 Plus. 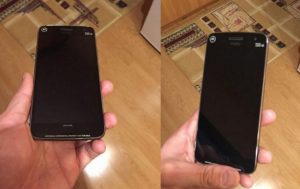 Moto G5 Plus to come pre-loaded with the Android Nougat 7.0 OS

The leak came through an online marketplace in Romania that listed the phone with full specs and release date. Though it is a prototype, the device does give a glimpse of the design and other details pertaining the much-awaited Moto phone.

The phone, showed in silver with physical button at front, will run Android 7.0 Nougat out of the box and will be backed by a 3,080 mAh battery.

Its predecessor, the Moto G4 Plus was launched in May 2016 and came with a 5.5-inch Full HD IPS LCD touchscreen, Snapdragon 617 processor, expandable 32GB storage and 3GB RAM.

Listed under model number XT1685, the Moto G5 Plus on the classified site OLX speculates the launch to be in March 2017. If that is true, it should be unveiled during the MWC 2017 in February.