Samsung fans in Europe will soon be able to buy the much-loved smartphone – the Galaxy S7 Edge – in a new color variant. 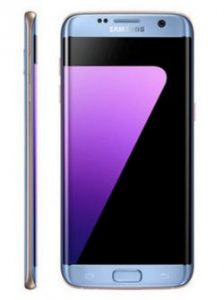 The Blue Coral version, which was launched back in November, will be up for grabs soon. It is currently available in the US and few Asian countries.

As pointed by PhoneArena, the phone could come with a price tag of €799, this is a wild guess given the price it sells in the Netherlands.

The premium flagship phone packs in a 5.5-inch Quad HD Super AMOLED display and is powered by a Qualcomm Snapdragon 820 chipset and 4 GB of RAM. It includes 32 GB of internal storage and a microSD expansion slot that supports up to 256 GB microSD cards.

The handset, which ships with a 3,600 mAh battery that supports Quick Charge 2, is available in Europe in five different colors – Black, Gold, White, Silver, and Pink.