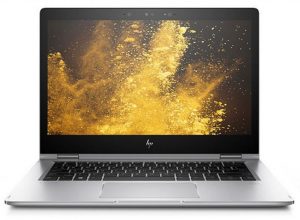 The new PCs include HP EliteBook x360, HP ENVY Curved All-in-One 34 and Sprout Pro by HP. For more details on the specs, the EliteBook x360 sports a 4K UHD display and is equipped with pen support and a battery that can run for 17 hours.

A refresh of the previously launched 15.6-inch diagonal x360, the latest is powered by Intel Core processors and NVIDIA GeForce 940MX graphics. Additionally, you have two new front facing speakers tuned by Bang & Olufsen and an IR camera for Windows Hello.

The Elitebook x360 will be available for purchase at end of January for a $1,499 price.

That is not all. The next edition of “the world’s widest curved all-in-one” further includes a seventh-generation Intel Core i7-7700T processor, 16GB of 2133MHz DDR4 RAM and AMD Radeon RX 460 GPU with 4GB of GDDR5 video RAM.

Towards the end, you have the refreshed Sprout Pro by HP, an all-in-one PC targeted at business users. It sports a 2.2mm thick, 20-point capacitive Touch Mat display and is powered by an Intel Core i7 processor, 1TB of SSHD storage, up to 16GB of RAM and NVIDIA GeForce GTX 960M graphics.

The Sprout Pro by HP’s pricing and availability will be made public by March 2017.