This year Apple dodged a bullet. Despite criticism over its iPhone 7, it still managed to sell them by the hordes. Next year, as normally is the case for all iPhones, the 7s is slated for a release and there are tons of rumours surrounding the device and what users should expect to see on the next flagship from Apple. 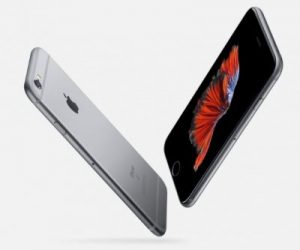 A Chinese website has already claimed that the next iPhone will feature a dual lens camera set up with the iSight modules being arranged vertically rather than horizontally. The 7s will also feature a 5-inch display with specs similar to this year’s 4.7-inch and 5.5-inch displays. The 5-incher will probably be a third addition to bridge the gap between the two existing variants that have always released side by side.

Some rumours are outright farfetched. Ming-Chi Kuo, notable Apple analyst, says that the next iPhone could well sport a flexible OLED display, a touch ID that’s invisible or either connected to the screen, as well as wireless charging and a glass sandwich enclosure. Seems like this could be more likely the case for the iPhone 8, since Apple wouldn’t want to upgrade its line up so drastically so soon. But the possibility of an OLED screen does seem like something plausible since the benefits of phones having one of them can result in better battery life and richer colours.

But as is usually the case, Apple won’t really confirm the existence of such rumours since it’s just far too soon to say what will pop up with the next iPhone. Half of the specs mentioned here were already being speculated for the iPhone 7 as well, and all of those turned out to be way farther than the truth. Nevertheless, the release of the S variant is still a long way off and we’ve always enjoyed leaks and specification leaks. So it’s too soon to say anything for now, as plans will well change before the launch.

It’s amusing how no one will speculate about the internals of the iPhone and instead delve into the appearance and physical changes so soon. Apple’s most significant changes are made within the processors and the software, which is 80 percent the reason why the iPhone is one of the best phones out there right now, even if it doesn’t have a headphone jack anymore.