Huawei took the wraps off its stunning flagship, the Mate 9, last month. The device is yet to reach the US market. While there were just speculations on the date, now a more reliable source puts the launch for early next month. 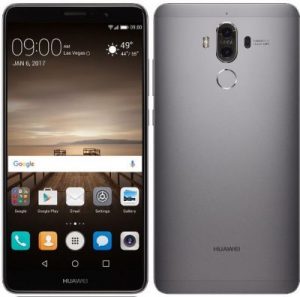 Mate 9 is already on sale in China, Japan and few European countries

Popular leakster Evan Blass says the Mate 9 will be available for purchase in the States on January 6. The top-end smartphone runs Android 7.0 Nougat out of the box.

Huawei has been reportedly facing issues with US carriers, which has significantly delayed the launch. The Chinese smartphone maker has also been a facing a patent dispute with T-Mobile.

As for the hardware the 5.9-inch IPS LCD screen device is powered by an octa-core Kirin 960 processor clocked at 2.4 GHz and 4GB of RAM. It comes with 64GB internal storage, expandable up to 256GB via microSD card slot.

The Mate 9 is backed by a non-removable Li-Po 4,000mAh battery with fast charging. Huawei has also partnered with Porsche Design for a limited edition version of the Mate 9.