Wished for a new color variant for the Galaxy S7 Edge? Here is something to cheer you up. Samsung today announced a Black Pearl version of the flagship device. 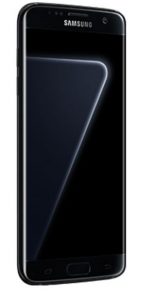 Other colors in the lineup include White Pearl, Black Onyx, Gold Platinum and Silver Titanium.

Samsung says the new colorway was designed to be “modern and striking”. A sleek black finish blankets the entire device to give a rich look.

The new color variant will debut only in select markets. Also, it is exclusive to 128GB versions of the device. We don’t have a pricing or availability of the launch worldwide as yet.

Expect the Black Pearl Galaxy S7 Edge to retain same hardware available in other color versions. For the uninitiated, it includes a 5.5-inch QHD Super AMOLED display, 4GB of RAM, 12MP shooter on the back, a 5MP front camera and 3600 mAh battery.