As was expected, Alcatel launched the Idol 4 smartphone in India today. It is priced at Rs 16,999 ($252) and will be a Flipkart exclusive. 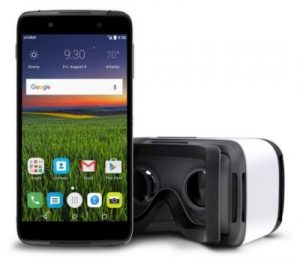 The Idol 4 and Idol 4s was unveiled at the pre-MWC 2016 event earlier this year. The device comes bundled with a VR headset for users to enjoy 360-degree content on their smartphones.

There is a 13MP camera in the back with touch focus and dual-LED flash. For selfies, there is an 8MP shooter with flash. The 4G LTE device runs on Android 6.0.1 Marshmallow out of the box.

Sporting a metal body, the device has dual microphones for noise cancellation, in addition to a dedicated key called Boom Key to launch camera, take burst shots, play music or activate other features.

The main highlight being the VR headset, users get access to high-quality VR content and pre-loaded apps like VR content pioneer Littlstar. You can play 2D and 3D games, watch videos, and explore other virtual reality applications from the pre-installed VR Launcher.