Meizu does not want to be left behind in the wearables fray. Today while releasing the m5 Note, the Chinese consumer electronics company also introduced a new fitness tracker called Meizu Band. 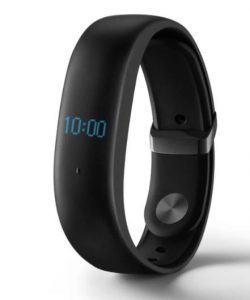 Meizu Band comes with an IP67 rating for dust and water resistance.

The Meizu Band is a dust and water resistant device that boasts an OLED display with a battery that can go up to 7 days. Priced at CNY 229 ($33), the device is equipped with a range of sensors for tracking activities and monitoring heart rate, besides others.

You can pair the device to phone via Bluetooth. This feature enables you to be notified on incoming calls and texts. There is also an an app for health and fitness buffs.

Meizu Band is now available for pre-order in China. It will hit store shelves on December 8. There is no official announcement on the international release yet.