Chinese smartphone maker Gionee is busy developing new smartphones. Last month, it launched the premium S9 in China. A week later we got a glimpse on an upcoming smartphone dubbed as M2017, thanks to TENAA. The latest that has again been spotted on the certification website is the Android-based GN5005. 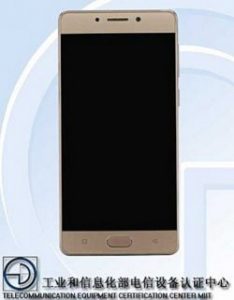 The GN5005 is the latest Gionee device certified by TENAA

The Gionee GN5005 has been certified by TENAA and is currently listed as a 5-inch HD display phone that is powered by a quad-core 1.25GHz processor, according to GSMArena. The processor is complimented by a 3GB RAM and 16GB storage.

The specs does appear very basic and should indicate a low-end device that will be soon brought to the market. The camera has a 8MP sensor on the back and 5MP on the front for selfies. One really cool highlight of the device is the battery which has a capacity of 4,000 mAh. The GN5005 will run on Android 6.0 Marshmallow.

Another device that we mentioned earlier, spotted again on TENAA was the M2017. This will be a 4G LTE capable device and will pack a 5.7-inch QHD AMOLED display. Under the hood, it is powered by a Octa-core Qualcomm 653 processor paired with 6GB RAM and 128GB storage.

The battery will be of 7,000 mAh. It could go on for 2 days without any power saving. Another major highlight is the dual camera setup on the rear with 12MP and 13MP, in addition to an 8MP shooter on the front. To run on Android 6.0.1 Marshmallow, the device was listed on both TENAA as well as Antutu, a benchmarking site.

There is no official announcement on the price or availability of both devices as yet.