Selfies are a fad, but sometimes they never come out as intended owing to the poor-quality modules we get for front-facing cameras. Thankfully, apps like Facetune have been around to solve the problem of horrible-looking selfies. Now the app’s developers are ready to take the next step with Facetune 2. 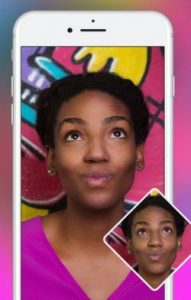 Facetune was created by Lightricks, an Israeli-based startup company.

The original app offered options for glowing cheeks and better, softer skin. It was sort of a make-up kit, for those who wanted to customize their photos and make their selfie game strong. On Friday, the developers of Facetune, Lightricks have released a more revenue-friendly app – the FaceTune 2. This time around, instead of making the app a one-time $4 purchase, it’ll be a subscription, so that development on the app is more steady, and that the company can continue to function and grow.

“There is only so much innovation you can cram inside a one-time $4 purchase,” Lightricks co-founder Itai Tsiddon told Recode. “In order to create serious software companies on mobile, recurrent monetization is really a must.”

Back in June, Apple had announced that developers would get a larger chunk of the revenue from subscription plans if they managed to retain users for more than a year. The developers will also make a free version of the app available for users, with added upgrades provided in the form of one-time purchases. But the subscription plan will be providing users with a host of other features not found on the original. The new app should be a success, judging by the company’s track-record with the first, being downloaded more than 7 million times and also staying on the top of the most popular apps in 120 countries.

Facetune 2 is more powerful this time around, providing tricks like reshaping the eyes, nose and other features of the face, completely warping and making the user’s visage almost unrecognizable. There’s also a ‘relight’ option which takes in existing light from the picture and lets the user alter the lighting to simulate different looks and appearance. All this, apart from the existing filters and other retouching tools on offer.

$20 a year for a subscription service might seem like much to app-users, but it’s one of those apps that’s unique at what it does. And if it could rack up 7 million paid downloads the last time, this time should be no different. In fact, developers should be able to receive the revenue that their apps draw, for than just a one-time payment. And since updates come over a period of time, the efforts that these developers take to improve the software should be paid for as well.