While on one side rumors suggested the possibility of Oppo launching Find 9, the company it appears has quietly released a new smartphone in China named Oppo A57. 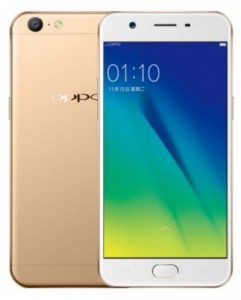 Oppo A57 features a 5.2-inch HD LCD display with 2.5D curved glass. Under the hood, it is powered by 1.4GHz Qualcomm Snapdragon 435 chipset with 3GB RAM. There is 32GB internal storage that is expandable to up to 128GB.

Available in two color options – Rose Gold and Gold, the 4G LTE phone sports a 13MP rear camera with aperture of f/2.2, PDAF and LED flash. For selfies, Oppo has a bigger camera. There is a 16MP front facing camera with f/2.0 aperture.

No doubt, Oppo has laid more emphasis on the selfie camera than other internals. It could be a tempting one for those simply interested in pictures than performance. On the battery front, the device packs a decent 2,900 mAh battery.