We can never have enough audio in our rooms. And if it can be controlled whenever we like, then all the better, right? While surround sound systems and other portable music solutions come to mind when thinking about a scenario such as this, Klipsch enters the Play-Fi arena with its multiple system set up for every room. 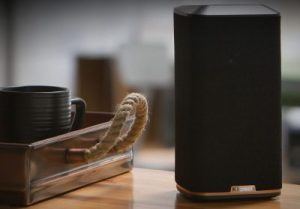 The multi-room system can be easily controlled by the accompanying app.

“The new Klipsch Stream Wireless Multi-Room Audio System leads our commitment to innovation in the wireless multiroom audio market with a full-fledged offering of products providing high-resolution audio,” said Paul Jacobs, president and CEO of Klipsch. “Throughout the product line we have incorporated new and existing Klipsch technology to bring the consumer Klipsch signature sound in every room of their house,” added Jacobs.

Jacobs is talking about the multi modular solution that Klipsch is promoting that can stream music through a multitude of speaker set ups. The stream now consists of two soundbars – the RSB-8 and the RSB-15. There’s also a tabletop stereo system called the three, fittingly. Apart from this set up, there are two more products – the Gate and Powergate systems that both offer legacy devices to run on them such as CDs or even docks for older iPods.

The RSB-8 and the RSB-14 both feature 4K Ultra HD video passthrough as well as Bluetooth, optical and RCA inputs. The 40-inch RSB-8 sells for $500 and the 44-inch RSB-14 sells for $700. The RW-1 will be available for $250. The Gate allows for CD players and TurnTables to act like inputs, while the Powergate can also link external speakers. The Gate sells for $180 while the Powergate demands some more cash at $500.

The Three is the more tasteful of the lot, having a vintage look but with modern tech like Bluetooth, USB input and can also be used as its own stand-alone system. The Three will be available for $400. All the products mentioned above can be controlled thanks to Klipsch’s own stream app available for Android and soon for the iOS and Kindle as well. It’ll also work with the DTS Play-Fi app too.

All the devices mentioned here are available right now except for the Three, which will be available in November.