BlackBerry just can’t quit. And the company is trying its best to win back consumers by introducing huge discounts – up to 53 percent for Black Friday sales. 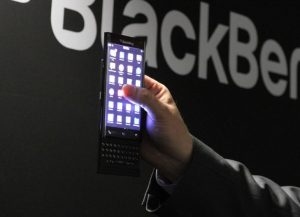 For Black Friday, Leap is among other devices available on discount at retail websites

Although for the last few years, BB have had a rough time in the mobile segment, they have had an abysmal track record of producing quality phones with features that will attract users at good pricing and they didn’t always manage to tick all those boxes at the same time. The BB devices have their own charm though. Its security is something a lot of users, especially the business class look for. It’s one of the only few remaining manufacturers to still offer a fully functioning qwerty keyboard with its handsets. They all also have specs that are almost as good, if not comparable to the current flagships out there.

BlackBerry’s latest DTEK60 however, isn’t on the list of discounted devices and will still retail for the price of $499. But buyers will still be greeted with a complimentary rapid charger as well as a soft-shell case. BlackBerry has also made it easier for those who are members on Amazon to cash in on the deals while avoiding the usual holiday rush. It’s however, only available in places like Germany, France, the U.S., UK, Canada, Brazil, Spain and Italy. Other countries not listed won’t be able to take advantage of these offers.

If users can get over the lacklustre performance of the devices and the stagnation of firmware to never being updated throughout the lifespan of the device, then they’re in for some great deals. BlackBerry seems like they are quite desperate for sales figures to increase as much as possible, but we doubt that it’ll likely change much, considering they’re not the only ones having Black Friday discounts.

Still, for $299, the PRIV sure seems like a tempting buy.