After recently being listed on Chinese certification website Tenaa, Lenovo’s Zuk Edge is now spotted on AnTuTu. The specs remain the same. 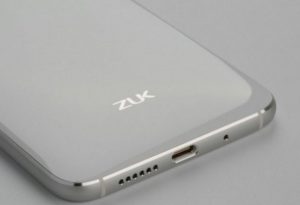 Lenovo ZUK Edge is expected to launch in China next month.

Here is what the benchmarking site reveals on the Zuk Edge. The device will run on Android 7.0 Nougat and features a Snapdragon 821 SoC and full HD display. The phone supports 4G LTE, NFC, Wi-Fi and GPS.

Other specs include a 5.5-inch full-HD display, 4GB RAM, 64GB storage and 13MP + 8MP camera set up. There could be a second storage variant with 128GB option. The smartphone will weigh around 160 grams and will be 7.68mm thick.

The visuals of the ZUK Edge had recently leaked, showing thin bezels around the display. The images showed the front, back and side profile of the smartphone. It showed a selfie camera lens above the display and a home button placed at the bottom of the face of the phone.

The phone is expected to be launched towards the end of this year and go on sale early 2017.

It has been a while since Lenovo brought out a Zuk-branded device. The last one that hit store shelves was Zuk Z2. It was priced at CNY 1,799 ($260) and featured a 5-inch FHD display and was powered by a Snapdragon 820 processor with 4GB RAM and 64GB of built-in storage.