HP already had a partner in Microsoft for Windows-based phones. That is set to continue with reports speculating over another Windows phone in 2017. 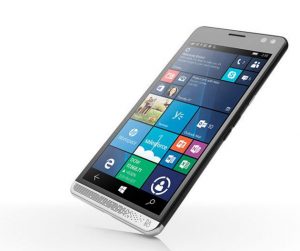 The previous HP Elite X3 did not enjoy much success. It was focused for enterprise customers.

The technology giants have teamed up to release a “customer-focused” Windows phone for launch sometime in February next year. While HP will develop and sell the device, Microsoft will provide technology, reportedly that used in its Lumia smartphones.

No details on the specs, features and price is available yet. One source claims that Microsoft had revealed the device and launch date internally at an event in Redmond.

In the past, both the companies collaborated to introduce the Elite X3. It was a 5.96-inch QHD AMOLED display phone with Gorilla Glass 4 on top. Under the hood, it was powered by Snapdragon 820 chipset with 4GB of RAM and 64GB inbuilt storage.

The “business phone” also sported a 15MP rear camera and an 8MP shooter in the front. When it was launched, it failed to gain traction among consumers. Could this rumored device be the successor of Elite X3? Whatever is the case, we know HP is not bowing out of the smartphone race.