After Google and Snapchat have had their go at their own iteration of glasses, Apple is set to reinvent the segment with their own glasses. 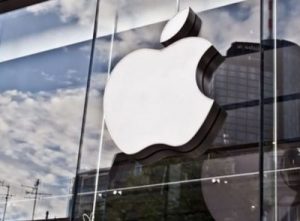 Apple could unveil its own glasses in 2018. The wearable would connect wirelessly to the iPhone (file photo)

Much like the Google glasses, the Apple glasses will be able to connect wirelessly to the iPhone and show images and other information across the user’s field of view. It may have some element of augmented reality embedded in it, but that’s not been revealed yet by the insiders.

Although Apple hasn’t directly made any claims or announcements regarding the glasses, word has been going around with regard to the suppliers who will be providing Apple with the materials.

According to a Bloomberg report, Apple did recently order a bunch of near-eye displays, the types associated with Google Glasses from a supplier for testing. But the amount of parts ordered aren’t enough to justify any mass-production activity just yet. So, it’s safe to say that they’re only going through prototypes for now.

This will be the first time that Apple is showing some interest in the field of VR. It’s arrived late to the party, but it seems that Apple is looking to see what it can do with the technology. They’ve kept everything under wraps for now, but Apple has been on an acquiring spree of late, with it taking over PrimeSense, Metaio Inc. and Flyby Media Inc, who each have a hand in developing software and hardware for AR.

Even Tim Cook has been optimistic about the new venture into AR, saying, “AR can be really great, and we have been and continue to invest a lot in this.”

“We are high on AR for the long run. We think there are great things for customers and a great commercial opportunity,” he told during a conference in July.

Apple might have quite a bit on their hands when they eventually do take on with the project however, with removing whatever ports they have on their devices and, it’ll be hard to find some space to connect another peripheral. Jokes apart, they’re probably going to be biting off more than they can chew. Google didn’t really have a good time with their glasses, so Apple will need to offer better privacy designing this time around.

Apple has been under pressure for coming up with new innovative ideas and designs of late, with no really new technology coming out apart from the new MacBooks and iPhones. But more than putting their all in something new and unpredictable, Apple should rather focus on renewing and upgrading their existing more popular devices for one – like the Mac Pro for instance.

Well, we just hope they know what they’re doing.