All the rumors on a new OnePlus device with a powerful Snapdragon chipset might be true. Qualcomm on Monday released a teaser that said “something new from OnePlus is on the way”. 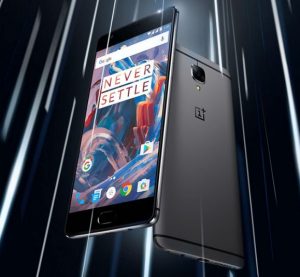 OnePlus 3 was launched in June, 2016. The new OnePlus 3T will feature a faster processor.

The much-awaited device is the OnePlus 3T which is expected to feature a 6GB RAM and Snapdragon 821 processor. A bigger version of the OnePlus 3, the new device will have a price tag of $480.

The OnePlus 3T will be unveiled on November 14.

For a recap on the speculated features, the OnePlus 3T could sport a 5.5-inch 1080p AMOLED display, a 3,300 mAh battery and 64GB internal storage. It is also rumored to be equipped with Sony’s IMX395 sensor with f/1.7 aperture.

The refreshed device could run Android Nougat out of the box. Besides the aforesaid, design and other features could follow that of OnePlus 3 which was launched in June.

OnePlus 3 is a dual-SIM smartphone with a 5.5-inch display size and full-HD resolution. It has a fingerprint sensor integrated on the home button and also comes with capacitive hardware keys. The device was powered by Qualcomm’s Snapdragon 820 SoC coupled with 4GB RAM and 64GB internal storage.

The primary camera was of 16 MP with autofocus and LED flash, and a 8MP front shooter for selfies. The OnePlus 3 launched at $399 in the U.S.