Lenovo-owned Motorola has released a new mid-range smartphone in the form of Moto M. The device was made official in China on Tuesday. 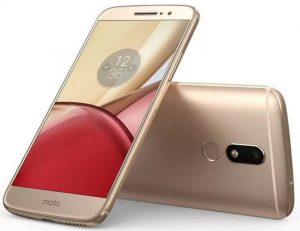 Moto M was made official in China on Tuesday

Moto M sports a 5.5-inch Full HD display with 2.5D glass and is powered by an octa-core MediaTek Helio P15 SoC paired with 4GB of RAM and 32GB of storage (expandable up to 128GB via microSD card slot).

The smartphone will come in gold and silver colour options, and will feature an all metal unibody design. There is a fingerprint scanner on the back of the device and also a 3.5mm headphone jack. It is also the first Moto phone to come with Dolby Atmos sound.

Other specs include a 3050mAh battery with fast charge support, 16MP rear camera with f/2.0 aperture, dual LED flash, Auto HDR, and 8MP front camera for selfies. The device will run on Android Marshmallow 6.0 out of the box.

The dual SIM smartphone has a price tag of 1999 Yuan ($295). The launch comes even as the recent Moto Z and Moto Z Play modular smartphones are being launched in markets like India.