Microsoft’s Lumia 750 was never released. But you can now catch a glimpse, thanks to a leak. 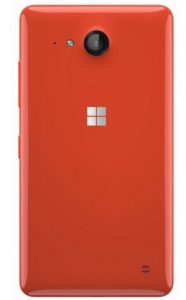 The Lumia 750 was supposed to launch last year alongside Lumia 850. However, the release never materialized. Adding to that are the speculations that Microsoft will drop the Lumia brand by the end of 2016.

If you recall, the Lumia 650 was the last device that went on sale. Microsoft has rather turned its focus on business devices such as Surface Pro, Surface Book, and even the Surface Phone.

Back to Lumia 750, it was tipster Evan Blass aka evLeaks that posted a render of the device that showed a clean and trendy aesthetics. The device was codenamed Microsoft Giulin.

The mid-range handset had a 5-inch 720 pixels display and was to be powered by a Snapdragon 410 processor with an Adreno 306 GPU. The processor was backed by a 1GB RAM and 8GB expandable storage. The cameras included an 8MP sensor in the rear and a 5MP front shooter for selfies.

Last we heard on the Surface Phone was that it could be powered by a laptop-class Intel processor. We will have to wait a little longer to know if it’s for real. Stay tuned as we bring you more updates.