BlackBerry has launched two new Android smartphones in India – the DTEK50 and DTEK60. The devices are priced Rs 21,990 and Rs 46,990 respectively.

The DTEK series is BlackBerry’s second attempt at an Android-powered device after PRIV that was launched in October 2015.

The DTEK50 is a 5.2-inch Full HD device that provides 424 ppi pixel of density. It has a scratch-resistant glass with a specialised Oleophobic coating to protect against fingerprint smudges. 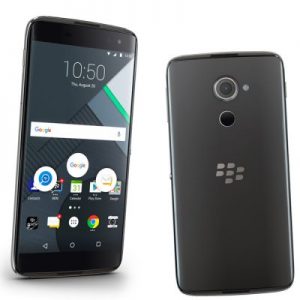 The premium device runs on Android 6.0 Marshmallow out of the box and is powered by a 64-bit Qualcomm Snapdragon 617 Octa-Core processor with 3GB of RAM and 16GB of internal memory with support for up to 2TB microSD cards. It further packs a 2,610 mAh non-removable battery with Quick Charge 2.0 technology that can give up to 17 hours talk time.

On the camera department, you have 13-megapixel rear camera with auto-focus and an 8-megapixel front facing camera. Features include continuous & touch to focus, face detection, video image stabilization, panorama, burst and live filters.

The DTEK50 will go on sale this week. The device, first announced in July this year, sells with pre-installed apps by the company such as the BlackBerry Hub, DTEK, Password Keeper, BBM and BlackBerry Calendar.

The DTEK by BlackBerry app will automatically monitor your applications and notifies when someone is sending a text message or taking picture without your knowledge. Both DTEK60 and DTEK50 are packed with a ton of security features, including Encryption and Password Keeper to securely store all passwords.

Alongside the DTEK50, BlackBerry also launched the DTEK60 that features a 5.5-inch Quad-HD display, Snapdragon 820 processor, 4GB RAM and 32GB internal memory expandable up to 256GB. The camera sensors consist of 21-megapixel rear PDAF camera with f/2.0 aperture and front camera of 8-megapixel.