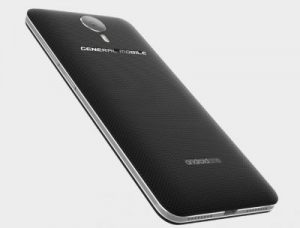 The GM 5 is a 5-inch display device with HD (720p) resolution and equipped with with a 1.2GHz quad-core Qualcomm Snapdragon processor. The hardware also includes a 2GB RAM and 16GB of internal storage, expandable up to 64GB.

Other notable features include the 13MP autofocus-assisted camera on the back and the 5MP front shooter, besides the 2,500 mAh battery. The device will be available in Golden, Space Gray and Black versions.

The specs though are standard, it is the nature of it being an affordable Android One smartphone that should excite consumers. And with Android 7.0 Nougat, you can experience up-to-date software and a ton of options.

If you are in the market for a Nougat-based device, look out for new models from Motorola, Samsung, HTC and Sony that come in a range of price points. Google’s own Pixel and Pixel XL are also Nougat-ready devices.

Being one of the most popular brand, Samsung not only is introducing devices with Nougat out of the box, but is also upgrading the existing lineup. Few of them to receive Nougat upgrades include Galaxy S7, Galaxy S7 edge, Galaxy Note 5, Galaxy S6, Galaxy S6 edge, and Galaxy S6 edge+.