The Elephone S7 is a copy of Samsung’s Galaxy S7. It not only has close resemblance in name, but also comes with the same premium features. 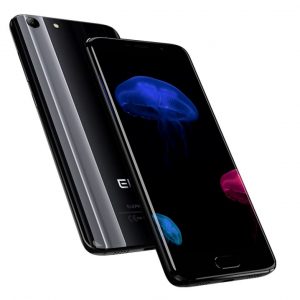 The device is now available for pre-order and costs just $200. The base model is a 5.5-inch device, while there is also 5.2-inch display called Elephone S7 Mini.

Elephone is a Chinese handset maker that began operations in 2006. It’s recent launches include C1, S3 and M3. The latest S7 has a DecaCore MediaTek Helio CPU coupled with 3GB RAM and 32GB storage.

The camera setup includes 13-megapixel f/2.2 aperture sensor with auto-focus and 5-megapixel shooter in front. The device runs on Android Marshmallow and is backed by a 3000 mAh battery. It also has a fingerprint reader.

Along with S7, Elephone has also launched the R9 with almost the same features. The devices support VoLTE voice function and 4G + Internet.

For the S7, you have four color options – Green, Black, Blue and Gold. And just as it is named, the device also has cloned the S7 design. It features a metal frame with a curved display glass on the front.