OnePlus is bringing a refresh to its popular OnePlus 3 series. According to rumors doing the rounds, OnePlus 3T will be launched in December with slightly upgraded specs. 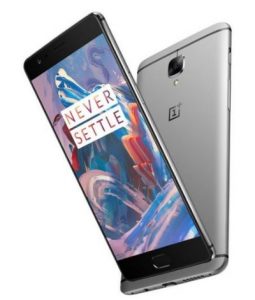 The premium smartphone is expected to run on latest Android Nougat OS and might possibly feature Snapdragon 821 chipset. Otherwise there will be limited changes on the design and features.

Noted tipster Evan Blass says the OnePlus 3T could be priced $80 more than the current OnePlus 3. A major boost on the new device will be the LCD panel instead of the Optic OLED display. And the device could sport a 16 megapixel Sony IMX398 sensor with dual-core autofocus.