Remember the first Google Tango compatible smartphone that was supposed to release this year? Well, it was the Lenovo Phab 2 Pro and it finally has a release date – November. 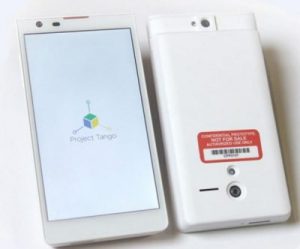 That’s the same time as Google’s Pixel phones will release. Now there are a lot of interesting things to observe here. Google has ensured that its Pixel line will be best suited for Virtual Reality. But since Project Tango has been a completely home-brewed engine, it’s surprising they didn’t mention it during their keynote address.

Probably because Tango requires some additional hardware features that would up the cost of the Pixel smartphones. But they still let Lenovo take a shot at it and also gave it the green signal to go ahead for a launch in November. Looks like Google is going to have quite the Christmas celebration this year.

The Lenovo Phab 2 Pro was first supposed to release in September but was pushed to the Fall. But after much anticipation and deliberation, the Head of VR at Google – Clay Bavor indeed confirmed that we’ll get to do the Tango come November. The phone will be quite something to consider because it brings a technology first feature that won’t be found on many phones until next year. And it’s quite competitively priced at $499. So compared to the Pixels, this one has more of a chance of being considered.

But there are other sides too. The new Daydream VR headset won’t be compatible with the Lenovo Phab 2 Pro since it doesn’t have AMOLED. So those in the market for either phones should choose if they want to live without Virtual Reality or Augmented Reality.

Bavor did acknowledge that we aren’t so far away from a future that will provide both of those features on the same phone, saying, “You can imagine in the future you won’t have to make a choice, but that’s a bit further out.”

The Tango will still be a pretty great buy, coming with a gorgeous 6.4” qHD screen and a Snapdragon 625. For the offering, it’s got a lot going for itself. For those not in the know, Project Tango by Google enables apps to use Google’s Augmented Reality engine to show objects in real-world spaces by using 3D sensor cameras. It’s going to be great once it’s applied for architecture, branding purposes and of course, gaming.