Alcatel has launched its new Pop 7 LTE tablet in Canada priced at $150. The 7-inch tablet has a 1024 x 600 pixel display and is powered by a 1.1GHz Snapdragon quad-core processor.

The Pop 7 LTE is an entry-level Android tablet that was unveiled in April, this year. It runs Android 6.0 Marshmallow out of the box and packs a good 3240mAh battery. Under the hood, it has a 1GB RAM, along with 8GB internal storage that is expandable via microSD card. 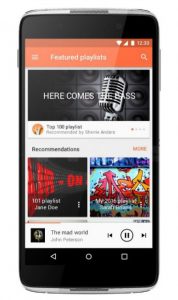 Not just the Pop 7 LTE, Alcatel also made its next-gen Idol 4 smartphone available across Canada. The device has a 5.2-inch Full HD IPS LCD Capacitive touchscreen with a resolution of 1080 x 1920 pixels.

The highlight of the device is the Boom button which instantly connects to a host of multimedia functions. Also included is a dual 3.6-Watt speakers with Waves Audio technology.

“The Idol 4 and Pop 7 LTE are built to both look great and provide great value with the perfect balance of affordability and features,” said Steve Cistulli, President and General Manager for Alcatel, North America. “Bringing these devices to customers across Canada with Bell and Virgin Mobile continues the Alcatel tradition of offering experience driven value to the marketplace.”