Samsung has officially released the 2016 edition of Galaxy On7 in China. 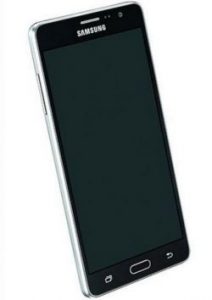 The device, which was first released in October, 2015, runs on latest Android Marshmallow and is powered by an octa-core Snapdragon 625 processor.

The processor is paired with 3GB of RAM and 32 GB storage, which is expandable up to 256GB via micro SD card.

On the camera front, it sports a 13MP rear camera with LED flash and 8MP front camera. And with a battery of 3,300mAh, the device can be comfortably used an entire day. For those needing quick backup, Galaxy On7 (2016) supports fast charging.

As for connectivity, the device supports 4G LTE, GPRS/ EDGE, Wi-Fi 802.11 b/g/n, Bluetooth v 4.2, and GPS. The handset also comes equipped with security features including a fingerprint sensor that is located at the physical home button.

The first release of Samsung’s Galaxy On7 saw the device sporting a Qualcomm Snapdragon 410 processor and a 3,000mAh battery. Owing to the success of the phone, Samsung has brought the 2016 edition with better specs and latest Android operating system. The device is expected to be launched in other markets soon.