Xiaomi has announced the launch of fitness tracker Mi Band 2 in India.

The Mi Band 2 will retail at Rs 1,999 via Mi.com starting September 27. Those following Amazon can get their hands on the wearable fitness tracker from September 30. 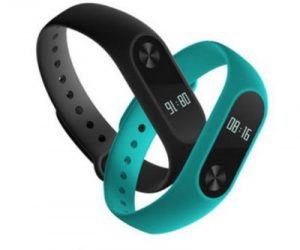 First launched in June, the Mi Band comes 2 with a slew of enhancements, aimed at improving the overall experience. It packs a 0.42-inch Oled display, supports Bluetooth 4.0 LE for pairing with smartphone and is compatible with Android and iOS devices.

The OLED display not only shows time, but also steps and even heart rate with built-in motion and heart rate sensors.

It further can track sleep, including length and quality of sleep cycles; monitor running speed and heart rate in real time; and will send alerts when sitting idle for long.

Smartphone users could take advantage of this nifty feature. The Mi Band 2 can automatically unlock you Android smartphone instantly without needing passcodes or fingerprint scanning. And you can send notification alerts to the fitness tracker every time you receive a message or call.

The Mi Band 2 is water and dust resistant, so you can use it indoors and outdoors. The display is UV coated and is resistant to scratches and fingerprints.

On the battery front, the Mi Band 2 has a high-density lithium polymer battery that is extremely longlasting. It can run for 20 days on single charge.

The Mi Band 2 is available in black, orange, green, and blue.