Apple on Tuesday released the latest version of iOS with a slew of updates and features.

Calling it the biggest release of iOS ever, Apple announced the new iOS 10 for the public. 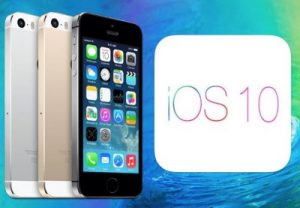 The updates bring a new design to Apple Music, Emoji suggestions, revamped Control Center, changes in the Photos app, updated Maps app and a separate app store for iMessage, with apps that include JibJab, Square Cash, Disney and DoorDash.

Being the most used app on iOS, iMessage will support rich links to preview websites and will show videos within the app. Not just that, users can even add bubble effects to text messages like slam, loud and gentle.

For those who wished for a new lock screen, Apple has redesigned the lock experience on iOS 10 to automatically wake the phone when you lift it up. Plus you will see all your notifications on the main screen. And you can unlock you phone by just pressing the home button or access the camera by pulling up from the right bottom corner. Prefer to unlock the phone using Touch ID? You have the option to revert through the Settings.

There has been some major changes in the Photo app. The iCloud Photo Library will show all photos from all your devices. It will show the people that appears the most under the “People” section. Further, it will include intelligent new features like facial recognition, object recognition, automatic album generation based on time and location and more. It will even create “memories” automatically with collages of photos and videos.

Did we mention the new updates on Siri? On iOS 10, Siri has been integrated with third-party apps like Uber, Facebook Messenger and WhatsApp. You can now easily get actions done on compatible apps with just voice.

Meanwhile, reports surfaced on users encountering issues when trying to update from iOS 9 to 10. Many users complained of their phone going black and stopping during the update.

The issue occurs when a device tries to get iOS 10 over the air, or without a cable connected to a computer, 9to5Mac reported.

Apple says it has corrected the issue. “We experienced a brief issue with the software update process, affecting a small number of users during the first hour of availability,” Apple said in a statement to CNET.