PickMe is not an app. It’s one of those new-fangled chatbots that have started sprawling around Facebook nowadays and have become quite popular.

There are chatbots for making deliveries for specific restaurants for placing an order, chatbots for getting advice on health through a medicine/clinic’s page and numerous other things, owing a lot to the fact that most of us would now rather get our work done through bots than actually speak to another human. It saves time and gets the job done, so why not, right? 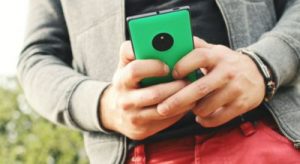 PickMe – a chatbot that will suggest restaurants you may like

PickMe is like one of those messenger bots. Although there are apps now for letting you know what are the best things in town to try out for food, there hasn’t yet been a solution for giving suggestions on the fly. So if you’re in the mood for French and Japanese cuisine, PickMe will give you a list of places in your locality that match your preferences.

This particular chatbot has been integrated with some deep AI learning so that it can suggest and match its options with the choices you’ve made. It’s a very simple, yet effective tool to break the tension of where to head out to eat solo or with friends.

The idea came about when three techie friends just couldn’t make up their minds on a restaurant before the TechCrunch Disrupt event transpired. Thankfully, because they just happen to be expert hackers, they coded their own little messenger bot and made lives a lot easier for themselves.

David Tedgui, Antoine Bungert and Devin Platt – the men behind this idea, realized they could actually develop a Facebook chatbot during their time in Silicon Valley. The AI of the chatbot learns about your profile and experiences and draws out suggested locations that better suit your personality.

In fact, the app doesn’t really need to work only for restaurants. It can also work for practically any other application apart from suggesting food. From searching for local doctors, to stores, to car showrooms, the possibilities are endless. As the bot is so versatile, it can also integrate with the APIs of Yelp, Foursquare, Google Maps, OpenTable and IBM’s Watson.

For the millennial on-the-go, this seems like one of those applications that fits the current generation. If being spoilt for choice wasn’t enough, macro-selecting between choices is the new in-thing.

Waiting for them to make those government bots now so they can fast track those pending applications.