This news could very well confirm that Google is doing away with the Nexus name. A standalone APK Nexus Launcher is available online for download. 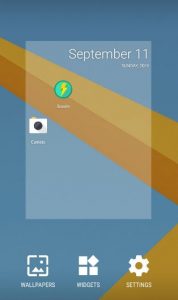 Google has renamed the Nexus Launcher to show the new moniker Pixel Launcher. It was ROM developer LlabTooFeR that first discovered the leak and linked the APK via Twitter.

Though the design does not show much revision, the Pixel Launcher has updated icon sizes, making app icons slightly smaller.

For those eager to try the Pixel Launcher, download the .apk file here and explore what is new in terms of UI and features.

If you can wait for the official launch, we can tell you it is right around the corner.

Google is expected to launch the Pixel branded smartphones on October 4.

The Pixel and Pixel XL smartphones, codenamed as Sailfish and Marlin respectively, will be competing with premium models in the market, especially the iPhone. The HTC manufactured phones run on Android 7.0 Nougat and will be the first to be powered by Qualcomm’s latest Snapdragon 821 processor.

The Pixel and Pixel XL comes with a more expensive price tag than the Nexus branded phones which was popular for its affordability.