The new Lenovo Phab2 Pro launched at the ongoing IFA 2016 in Berlin shows exactly how far a phone can go into Augmented Reality, with the new Google Project Tango. 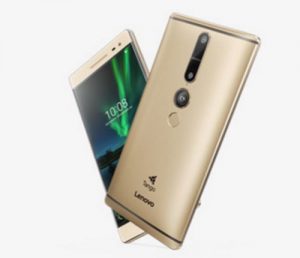 The Augmented Reality craze has hit new highs thanks to apps Pokemon Go and Snapchat this year. A lot of phones in the past had the neat Augmented Reality software – like the Xperia range from Sony. They let users sprout dinosaurs, pixies and other 3D objects in images and that was just about what everyone thought that Augmented Reality would be used for.

But then the world got introduced to Virtual Reality, which was a whole different ball game altogether, immersing people into a whole new world of interactive media. AR had to up its game. And it did, with a little help from Google. Now, thanks to special 3D sensors with deep integration inside phone cameras such as the Phab2 Pro, users can now interact with the 3D object in the room – imagine a deeper Pokemon Go experience.

The Phab2 Pro lets virtual objects be interacted with in the room by using Google’s Tango to scan the surrounding area with the use of an infrared projector to get a sense of scale and depth of the room. The Phab2 Pro sports a snappy Snapdragon 625 with a RAM of 4GB that should be enough to process the application for enabling AR through the camera, apart from other general usage as well.

Unlike Virtual Reality or the Hololens, Project Tango keeps it simple – it doesn’t require any external cameras to track motion around the room, nor does it need to constantly be connected to a computer or a gaming console. But Google did drop hints that Project Tango will be compatible with Google Cardboard.

Just to provide some perspective, Project Tango’s application can be applied for education as well as marketing. For example, for product showcases, a ‘try-before-you-buy’ option enables people to demo the look of a product through the phone’s camera.

Another way that Lenovo sweetens the deal is by offering the Phab2 Pro at a very competitive price for the features it offers. The phone with a 6.4-inch display will be offered for a price of about $500. Being one of the first phones to offer this feature, the Phab2 Pro will be in the running to give customers a unique experience. If successful, this could finally put Lenovo’s phones on the map.