In an apparent effort to retain Galaxy Note 7 buyers, Samsung is offering a $25 gift card or credit off bill. 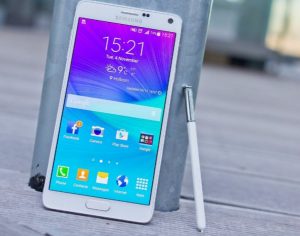 Those who plan to stick with Samsung even after all the negative press can take advantage of a $25 credit on their phone bill or a $25 gift card.

The Verge reported that US carriers have already halted sales and offered ways for customers who have already purchased the device to get refunds.

Samsung has announced its own exchange programme, which will provide customers with a new device as soon as next week.

Customers can exchange their current Galaxy Note 7 device with a new device or they can exchange same for a Galaxy S7 or S7 Edge.

The reports of faulty phone batteries will clearly cloud the reputation of the Korean tech giant. Some 2.5 million Note 7s have already been sold globally.

Samsung has confirmed 35 instances where Note 7 devices caught fire. “To date (as of September 1) there have been 35 cases that have been reported globally and we are currently conducting a thorough inspection with our suppliers to identify possible affected batteries in the market,” wrote Samsung.

“However, because our customers’ safety is an absolute priority at Samsung, we have stopped sales of the Galaxy Note7.”

Samsung said it will take about two weeks to prepare replacement devices for the phones already sold.