If you haven’t got your hands on Samsung’s latest Galaxy Note 7, you can breathe a sigh of relief. The electronics giant has just issued an official statement stating the recall of Note 7 worldwide. 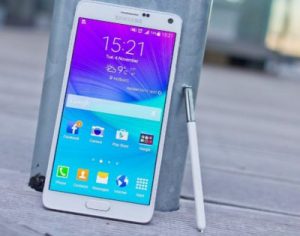 Samsung has suspended sales of its premier device.

Reports of battery explosions in Note 7 led to an internal investigation and tests for product quality. The head of Samsung’s mobile business, DJ Koh confirmed to media that the device is at risk of fire. However, Samsung says just 24 units in every million is susceptible to damage.

Samsung has now suspended sales of its new phablet and is working on replacement units for the affected devices. The company began an investigation after there were 35 cases reported globally. It is currently conducting a thorough inspection with suppliers to identify possible affected batteries in the market.

“In response to recently reported cases of the new Galaxy Note 7, we conducted a thorough investigation and found a battery cell issue,” Samsung said in a statement.

The South Korean company added that it was concerned of customers’ safety and that is solely the reason it has stopped sales of the Galaxy Note 7.

The premier device sports a 5.7-inch display, a Qualcomm Snapdragon 820 processor, Iris scanner and a USB Type-C port. It packs 4GB of DDR4 RAM and 64GB of the faster UFS 2.0 memory that is expandable.

It can be recalled that in 2015 Samsung had problems with production of Galaxy S6 Edge and this resulted in dismal sales. If it should beat the competition, especially with the iPhone 7 soon to hit the market, the smartphone maker must get its act right on the quality front.