Samsung, which has been reeling from a global recall of its Galaxy Note 7, today claimed majority users are opting for a new Note 7 device ever since it became widely available. 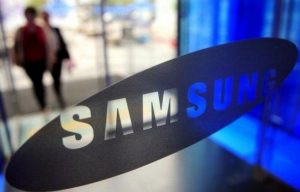 The figures revealed by Samsung states around 90 percent of Note 7 users have been choosing a new Note 7 than going for a refund, exchange or bill credit.

“Just over three weeks ago, Samsung committed to a global replacement program for the Galaxy Note 7. Last week, that program began for the majority of markets and the progress is encouraging,” said DJ Koh, President of Mobile Communications Business, Samsung Electronics.

Amid reports of battery fires, Samsung launched a global replacement program on September 2. The recall included over 2.5 million Note 7s.

The recall undoubtedly dealt a major blow to the firm’s reputation. In the U.S. alone, close to one million devices were sold. Out of them, at least 92 incidences of batteries overheating were reported.

Note 7 owners were urged to power down their phones and turn in even before replacements were available. Samsung even released an automatic update for the old devices that would limit the maximum battery charge to 60%.

The South Korean electronics giant now claims more than 60 percent of all recalled Galaxy Note 7 phones sold in the U.S. and Korea have been exchanged through the program.

“We are humbled by our customers’ loyalty to the Galaxy Note 7 device,” said Koh.

Samsung recently shipped 500,000 new Galaxy Note 7 replacement devices to the U.S. They will be available at carrier retail stores.