The demand for low-cost smartphones is one of the major reasons why the nationwide smartphone sales have grown exponentially, according to a study conducted by global research firm Gartner. Competition is even fiercer among key global smartphone manufacturers. Currently, this segment of the market is dominated by Lenovo and Xiaomi. 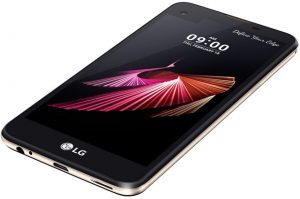 The entry of low-cost smartphones have rattled global bigwigs such as Samsung where popular brands are giving the more recognized brands a run for their money. Entry into the low-cost smartphones is a risky endeavor as the new entrant has to match the industrial expectations. This is perhaps the reason why LG has introduced the X screen smartphone that has ticker-styled display which was first evident in the LG premium V10 version.

The new LG X screen has a 1.7 inch screen display that remains on even when the phone is off. This means that you can be able to view your notifications without necessarily having to switch on the phone. There is no much difference as to how the notifications appear because they are displayed in a similar manner that they would in the notification shade. For example, an incoming alert about an email or a WhatsApp message will display the message in full but subsequent alerts will simply have the app icon and the sender’s profile. Users can also have a permanent message displayed all the time.

The display is more interactive than previous smartphones by LG. When the primary display is on, the second screen becomes more functional whereby the display shows four of your most recently used apps or shortcuts. Thanks to the glass back, LG X has a more elegant design including the faux-metal trim at the sides which gives the device a metallic appearance. Incredibly, the phone is just 120 grams and has a slim design with a thickness of just 7.11 mm.

Implementing the concept of the X screen was a genius move by LG. An even more innovative move was to have a second screen that displays all the relevant information and the ability to quickly move from one app to another which is a real time saver.